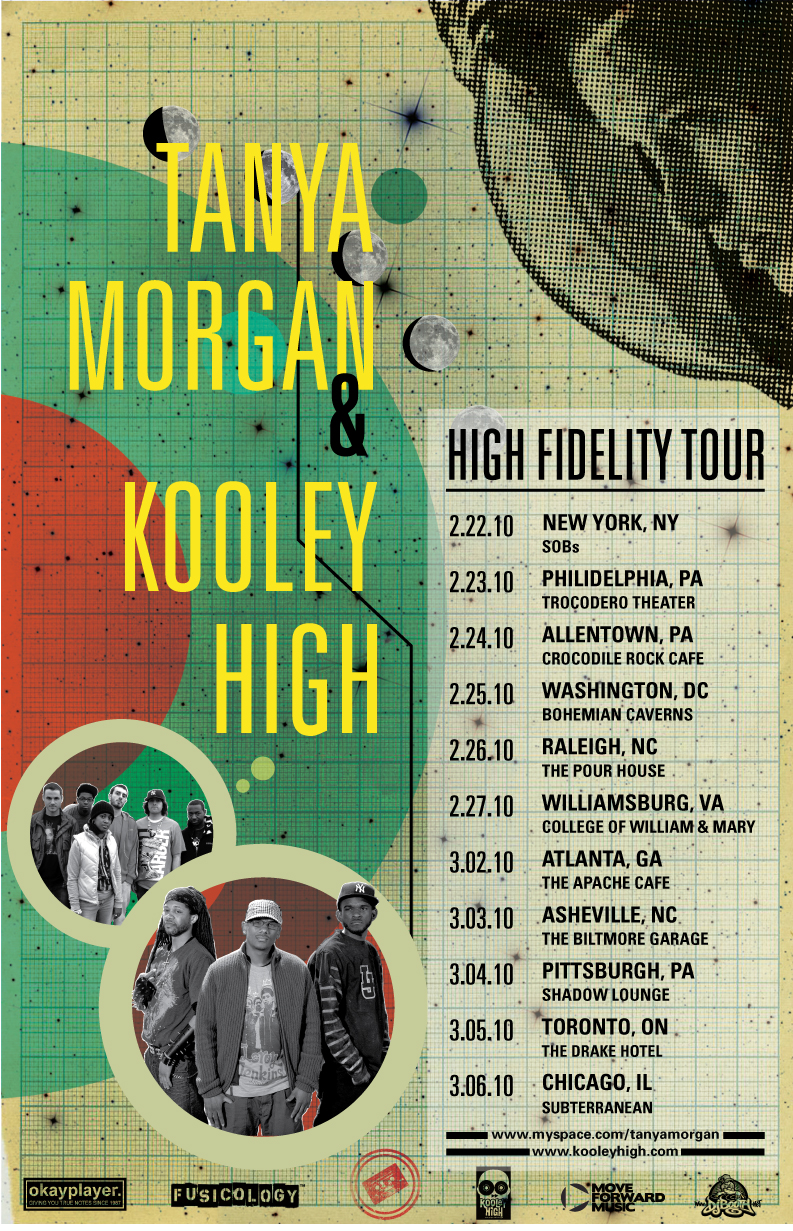 Fresh off their critical acclaimed sophomore effort, Brooklynati, which received Best of 2009 list honors from AllMusic, eMusic and PopMatters and Time Out NY, Tanya Morgan is already putting out new music, including three solo albums from each of the groups members. On Monday, February 22nd, they kick off the 10-city “High Fidelity” tour in support of Donwill’s forthcoming solo album, Don Cusack in High Fidelity (March 23rd – Interdependent Media). Download the prelude the album, Laura’s Tape after the jump and check out the tour dates below. After NYC, the High Fidelity Tour rolls down the East Coast with Kooley High as the main support act. Check out the dates and catch Tanya Morgan in a city near you soon!